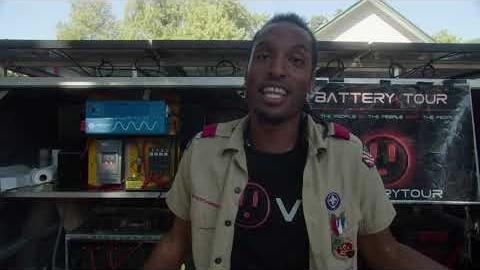 We Can Change The World (The Regeneration Anthem)

What Is Regenerative Agriculture?

There are no upcoming events at this time.
See All Events 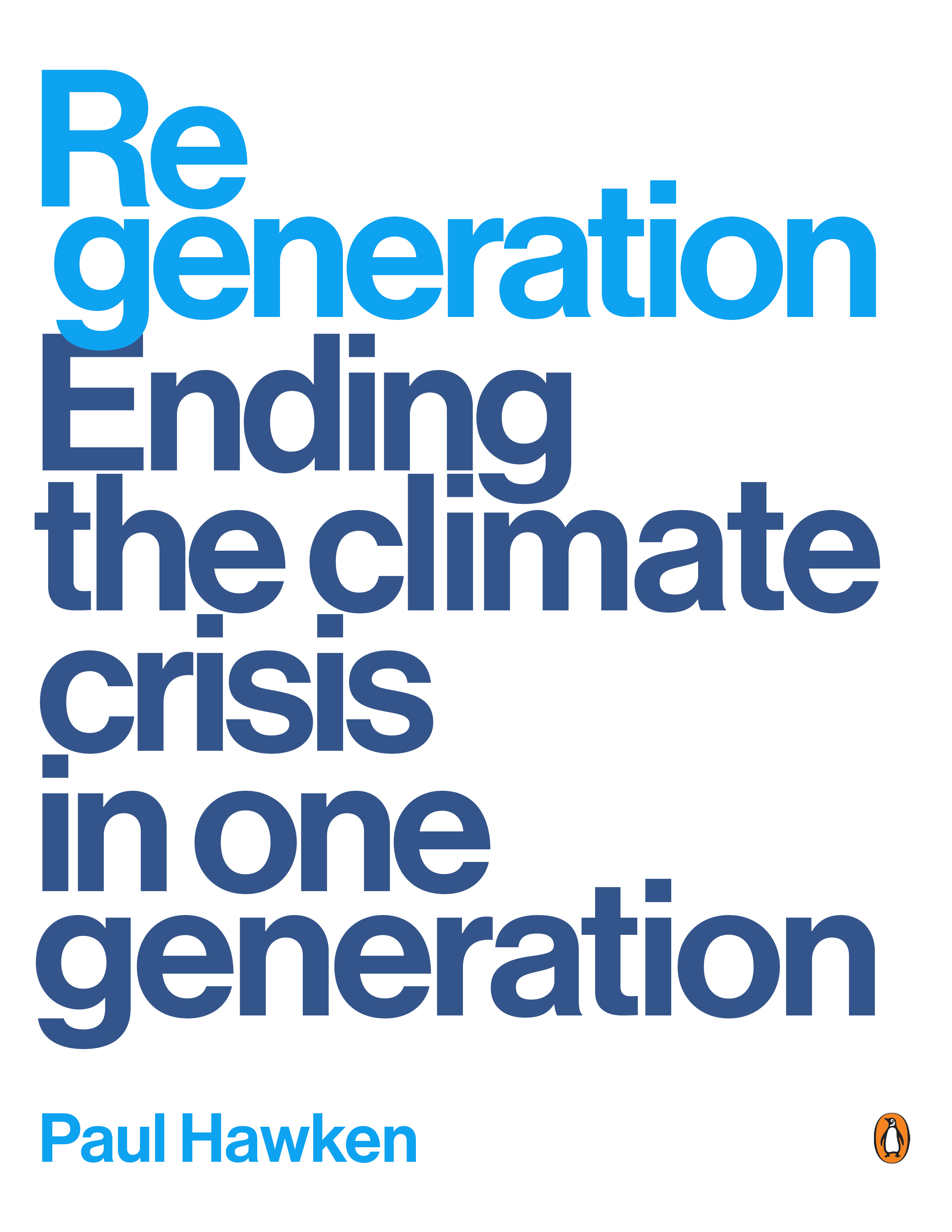 Ending the climate crisis means creating a society that is going in the right direction at the right speed by 2030, a rate of change that will lead to zero net emissions before 2050. That means halving emissions by 2030 and then halving again by 2040. Regeneration starts now.

Regeneration means putting life at the center of every action and decision. It’s an inclusive and effective strategy to end the climate crisis in one generation.

Nexus are large, complex, overlapping issues which can be influenced through collective action.

Tar sands deposits being mined at the Syncrude mine north of Fort McMurray, Alberta, Canada. The tar sands are the largest industrial project on the planet, and the world’s most environmentally destructive. The synthetic oil produced from them is three times more carbon intensive than conventional oil supplies. The tar sands are responsible for the second-fastest rate of deforestation on the planet, second only to the Amazon rainforest. They produce millions of liters of highly polluted water every day, which leaches out into the Athabasca River and has serious health impacts on First Nation peoples living downstream.

In the five years following the Paris Agreement, the world’s sixty biggest banks have invested $3.8 trillion in fossil fuels. G20 countries have provided more than $3.3 trillion in subsidies for fossil fuels since the Paris climate agreement. Each of us are entrenched in the existing financial system, as customers, pensioners, business owners, and governments. Our banking system is actively aiding in the destruction of our shared home. By investing in alignment with regenerative principles, we have an opportunity to put life back at the center of our imagination of “wealth.”

Find out if the institutions you are affiliated with invest in or loan to fossil fuels companies or companies that support drilling, mining, exploration, and extraction. If yes, ask them to divest. Whether a university, foundation, pension fund, local authority, faith-based organization, or company, there are ways to divest from fossil fuels. Join or organize a divestment campaign. Explore 350.org, Fossil Free, and Stop the Money Pipeline for details.

Write to your bank to consider joining the Partnership for Carbon Accounting Financials. This is a group of over one hundred financial institutions that collectively manage more than $21 trillion. They are committed to counting the greenhouse gas emissions underwritten by the financial industry. Many banks do not make emission information publicly available, but metrics can help hold companies accountable. Beyond that, ask your bank to invest in renewables, which offer better returns and help move us away from fossil fuels.

Switch to a bank that doesn’t invest in fossil fuel extraction and infrastructure. Each time you make a purchase using a credit card from a polluting bank, you are pulling out a card that is destroying our future. The Global Alliance for Banking on Values, a network of banks committed to “advancing positive change in the banking sector,” is one place to start aligning your money and your values. Several online banks and financial technology companies also prioritize the planet. Good Money aims to democratize access to wealth creation while also creating a positive impact on the world; currently, the company is partnering with Rainforest Trust to protect one million acres of Indigenous land in Peru. Climate First Bank is a full-service carbon neutral community bank offering personal and commercial banking services. Aspiration is a bank that doesn’t fund fossil fuel projects, rounds purchases to the nearest dollar to fund new trees, and provides carbon offsets for gas purchases. EarthFolio, an automated investing service, only invests in companies that meet their criteria of appropriate environmental, social, and governance practices. Explore other options as well!

Switch to an ethical pension fund. Most people know little about where their pension funds are invested, and by default are partially investing in fossil fuels. According to ShareAction’s research, less than 1 percent of assets in the world’s hundred largest pension funds were invested in low-carbon solutions. Just 15 percent excluded fossil fuels in some form, and 65 percent had no climate policy at all. ShareAction’s guide to speaking to your employer about your pension fund, or campaigns such as Make My Money Matter in the UK share resources on how to take action.

Offer “debt swaps” to developing countries. Debt swaps are policy options that allow countries to settle debt while also protecting the environment. They work by forgiving foreign debt on the condition that the government of that country devotes resources to fighting climate change and other environmental issues. Many countries could benefit from debt swaps, from Vietnam to Kenya to Cape Verde, and because it is a results-based system, the nation in debt needs to follow through on promised action. In February 2016 the Seychelles committed to increasing its ocean protection from just 0.04 percent to 30 percent by 2020—a goal the country met, ensuring that 410,000 square kilometers were protected. The debt conversion deal, designed by the Seychelles government and the Nature Conservancy, ultimately forgave a $21.6 million debt in exchange for investing in conservation, including the 30 percent marine protection goal.

Shareholder activism can put pressure on corporations to change their climate priorities. All publicly listed companies must hold one annual general meeting (AGM) of shareholders each year at which shareholders have the opportunity to ask critical questions or file (green) resolutions. Through proxy contests, activist shareholders can also try to win over other shareholders or win board seats, as occurred in May 2021 at ExxonMobil and Chevron.

Disclose and stop finance for fossil fuel, deforestation, overfishing, and ecosystem degrading projects. If your organization has invested in polluting and extractive industries, halt any further investment in such projects and publicly commit to a transition to regenerative work. Consider allocating the resources necessary to offset historical damages.

Publicly announce a commitment to the Principles for Paris-Aligned Financial Institutions. Disclose actionable plans that commit to halving emissions by 2030 and reaching effective zero by 2050, protecting and restoring our natural carbon sinks, and ensuring human rights of communities and workers.

Internalize the true cost of production. Accounting for the trust cost of a product or service involves including the social and environmental costs that are often externalized by companies. The food industry is one such area in which true cost accounting (TCA) is being experimented with.

Finance regenerative projects using green bonds. Leverage bonds specifically earmarked for regenerative projects using guidelines such as the Green Bond Principles or the EU Green Bond Standard. The Energy Security and Efficiency Enhancement Project in Jamaica as well as Indonesia’s Green Sukuk are examples of the use of green bonds for renewable energy infrastructure and net-zero building projects.

Embed climate considerations in the operations of national banks. Central banks supervise the monetary and financial system and are key players in creating a regenerative financial system. They should adapt monetary tools to immediately stop extractive and polluting activities. Corporate asset purchases should be reserved only for businesses that are aligned with a 1.5°C degree trajectory, and all fossil fuel-related activities should be excluded from the central bank’s list of collaterals.

Set up green banks. Green banks are widely considered to be the missing public financial institution that can mobilize large amounts of capital for a climate transition. The NRDC (Natural Resources Defense Council) report on the State of Green Banks 2020 provides a helpful overview for policy makers seeking to set up green banks.

Boycott/divest from extractive financial institutions. Based on the Banking on Climate Chaos 2021 report, the top five fossil fuel financiers are below. View the full analysis here.

JPMorgan Chase: Jamie Dimon is the Chairman of the Board and CEO. His email is jamie.dimon@jpmorgan.com.

Citi: Jane Fraser is the CEO. Her LinkedIn profile is here.

Wells Fargo: Charles W. Scharf is the President and CEO. The Board of Directors, including Mr. Scharf can be contacted at​​​ boardcommunications@wellsfargo.com.

Bank of America: Brian Moynihan is the CEO and his email is brian.t.moynihan@bankofamerica.com.

RBC: Dave McKay is the CEO. His LinkedIn profile is here.

The Buen Vivir Fund: redefines impact investing with a focus on women and Indigenous-led organizations

The Path to Freedom: solidarity economy exchange to black women and entrepreneurs

CADTM: Committee for the Abolition of Illegitimate Debt

Positive Money: a campaign for a money and banking system that enables a fair, sustainable, and democratic economy.

8 Principles of a Regenerative Economy

Financial Stability in a Planetary Emergency

Doubling Down on Deforestation by Friends of the Earth: how three big asset managers enable consumer goods to destroy the world’s forests

Your expertise and insights can help Nexus grow into a local and global resource. Please submit any information that you think others would find valuable, with links where relevant. Our team will review and infuse. Please include links, references, citations, suggestions and ideas.

Our team is working as quickly as possible to add more resources. Check back often and sign up for updates below.