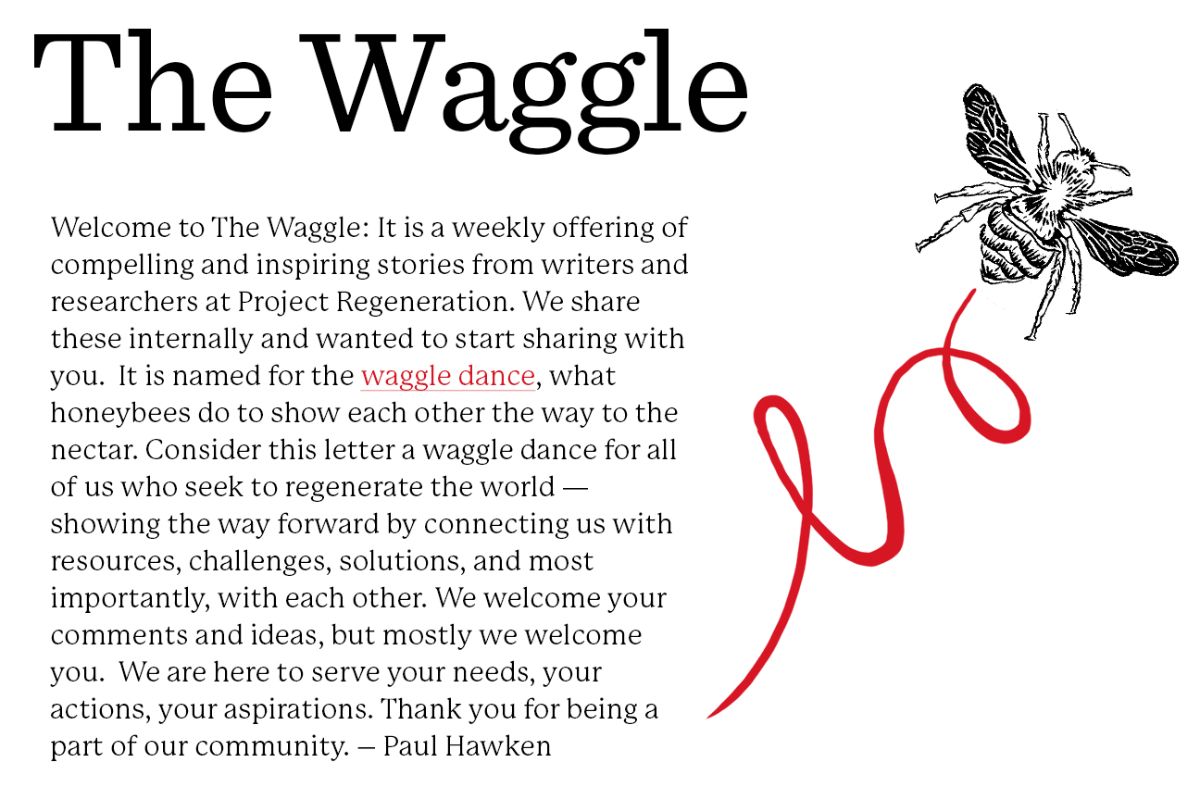 This week’s top stories, as curated by our Nexus research collective.

This article on South African courts supporting Indigenous peoples against oil exploration came out about the same time as the article on Ecuador's courts supporting Indigenous peoples. I'm hoping this is a movement. One of the authors of the IPCC report on adaptation discusses the possibility of transformation. Bill McKibben's article on possibilities for getting off fossil fuels in light of the war in Ukraine has been getting a lot of play.

I came across this neat article from NPR featuring efforts by Senegalese small-holder farmers to regenerate desert valleys by reintroducing Guiera senagalensis shrubs. Previously uprooted under French colonial rule, the shrubs draw up water for crops via hydraulic lift and lock in topsoil to protect crop yields and decrease vulnerability to drought, with experimental plots showing promising 100%+ yield increases in millet production. And in other uplifting agricultural news, here is an inspiring piece detailing how indigenous archivists, scholars, and farmers are reuniting heirloom seeds with tribal communities in order to boost food security and reproduce resilient ancestral food systems.

Civil Eats has an interesting take on the New York Times’ recent three-part video opinion on Big Ag/Big Food called “We’re Cooked.” While praising the series, they ding the NYT for not saying more about regenerative agriculture, justice, and letting rural voices have a voice.

In addition to reading more about the connection between war and fossil fuels as the conflict in Ukraine unfolds in real time, the following two pieces delivered a dose of optimism. In this interview, Yale’s Dr. Laurie Santos speaks about how taking collective action on the issues causing so much anxiety today (including climate change) actually makes us happier. And this piece follows Portland teens who are standing up to the Oregon Department of Transportation’s backwards effort to expand our local freeways. Tactics have included climate-themed Christmas carols and trick-or-treating at ODOT’s offices on Halloween to deliver their demands.

In my research for Education of Girls, I listened to interviews with Shabana Basij-Rasikh, an amazing Afghan activist for girls education who graduated in 2011 from my alma mater, Middlebury College, and became the founder of  School of Leadership Afghanistan (SOLA)   I learned about her incredible work creating the only boarding school for girls in Afghanistan and looked into their status with the current situation there. The girls have all been evacuated to Rwanda according to this August 2021 news piece.  It is deeply moving to hear of their bravery, and disturbing to learn of all the challenges they're facing, but at least they are safely out of Afghanistan for now and able to continue their education.  The school is currently able to recruit girls for their 2022 school year from the Afghan diaspora to attend the school in Rwanda, but not from within Afghan borders.

I am researching Carbon Architecture. I was inspired by the Innovations in Carbon Beneficial Building Materials episode of the "Reversing Climate Change" podcast. The guests talked about the various carbon-positive (plant-based) building materials available for use in the construction industry, and also explored the concept of 'decolonizing buildings' by bringing attention to the importance of soil health and the people who grow these materials. Great discussion on the complexity of the overall issue and what we can do to make sure we don’t just repeat the mistakes of the past.

One of my favorite parts of researching the Bamboo Nexus was seeing how bamboo is being used as an element of biophilic design in buildings. For example, Anna Heringer is a German architect whose projects focus on community building and ecological balance. Her work frequently incorporates bamboo, an example of which is the METI School in Bangladesh.

The New York Times picked up the thread of the Mongabay stories about the Congo peatlands (here and here) with a story focusing on many of the power and intersocial dynamics that will shape the future of those enormous stores of carbon. They also put out a cutesy explainer on peat. I remain of the opinion that getting things right in the Cuvette Centrale now is one of the very highest leverage points for a hopeful climate future. A couple other odds and ends: new numbers on the climate footprint of corn ethanol dropped, with an estimate it's at least 24% worse than gasoline; the UN released their big report on wildfires, and an estimated increase of severe ones by a third by 2050.

“​Some exciting news on the Carbon Architecture front, this time at a community scale—Amsterdam is planning Mandela Buurt, entirely built from mass timber, which will also focus on public housing and retaining the existing communities. I was also thrilled to see Panama join other countries in embracing a legal rights to nature framework, which specifically features the right for life to regenerate!! Lastly, I really enjoyed this feature on Dr. Beresford-Kroeger—the botanist and author who partly inspired the character Patricia Westerford in Richard Power’s The Overstory.